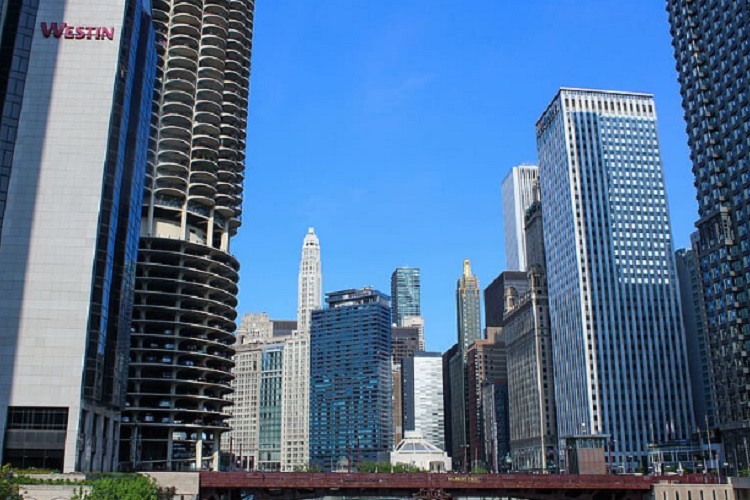 As the globe continues to grapple with the inexorable spread of the coronavirus pandemic, air pollution has plunged to unprecedented new lows worldwide and especially in some of the most contaminated cities, new research has found.

On Earth Day, Swiss-based air quality technology company IQAir published a COVID-19 Air Quality Report that shows how air pollution levels in 10 major cities around the globe have fallen to as much as 60 percent due to government-mandated shutdowns of non-essential businesses and physical distancing measures meant to curb the novel coronavirus.

The study examined cities’ measurements before and after the COVID-19 outbreak of the harmful fine particulate matter known as PM 2.5. The particulate matter, which lodges deep into the lungs and passes into vital organs and the bloodstream, causes a number of serious risks to people’s health.

The research revealed a “drastic drop” in air pollution in almost every city facing lockdown compared to a year earlier, with the exception of Rome.

New Delhi experienced a 60 percent fall of PM2.5 from 2019 levels. The metropolis also experienced a sharp drop in hours during which the Indian capital experienced air pollution ratings of “unhealthy,” with the percentage of hours falling from 68 percent in 2019 to 17 percent during the 2020 lockdown. In Mumbai, air pollution dropped by 34 percent.

In sunny Los Angeles, California, which has long been associated with its clogged freeways and dense smog, Angelenos celebrated Earth Day with some of the best air quality the city has ever seen, according to IQAir. With far fewer cars on the road due to the city’s Safer-at-Home order and much-welcomed spring showers, the City of Angels’ fine particle pollution has dropped by 31 percent compared to last year and 51 percent compared to the previous four-year average.

“We saw that L.A. had some of the cleanest air quality in the world.

Meanwhile, New York City saw its air pollution drop by 25 percent as a result of its lockdown.

Frank Hammes, CEO of IQAir Group said in a statement:

“Across the globe, the coronavirus pandemic has had a monumental impact on the way we live.

“While the human and economic costs are devastating, we are also witnessing how much of air pollution comes from human activity. The drastic reduction in air pollution during COVID-19 lockdowns shows how our habits and behaviors directly impact the air we breathe. That’s an important insight [after] this unique Earth Day.”

While this news is more than welcome amid the horrific stream of daily news related to the novel coronavirus that attacks the respiratory system and our bodies’ major organs, the news regrettably will not last.

Air pollution is expected to kick off again with a vengeance once restrictions are loosened and industries churn back into action. Such rebounds impacting air quality and greenhouse gas emissions have been recorded during past crises including the 2008 recession.

However, the dire fears over a prolonged and deep recession with no precedent since the Great Depression of the 1930s could mean that this respite for the air could last much longer than investors and global markets desire.