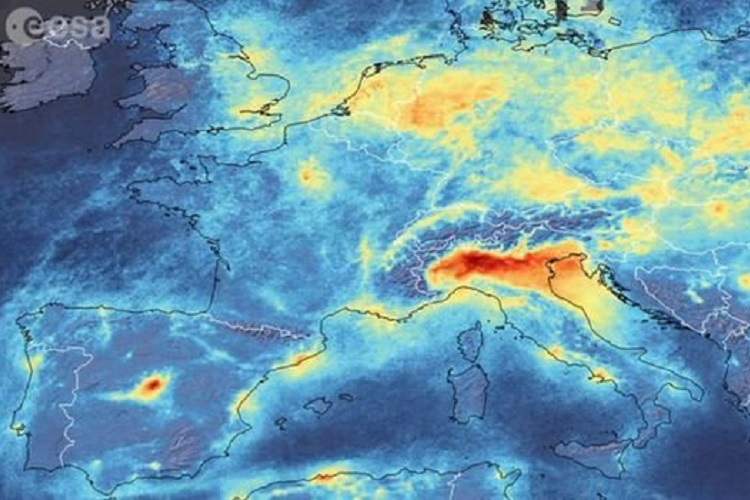 According to recent analysis by Stanford University scientist Marshall Burke, the nationwide quarantine in China saved tens of thousands of lives, but he bases his estimation on the reduction of pollution that came as a result of the lockdown, not on how many people could have potentially been saved from the virus.

Burke used data that was being collected by sensors that US scientists had in different Chinese cities which measured levels of PM2.5 in the air. PM2.5 is the tiny particulate matter which is considered the primary cause of death from air pollution.

According to Burke’s estimations, two months of pollution reduction on this level “likely has saved the lives of 4,000 kids under 5 and 73,000 adults over 70 in China.”

“Even under these more conservative assumptions, the lives saved due to the pollution reductions are roughly 20x the number of lives that have been directly lost to the virus,” Burke wrote on G-Feed, a blog maintained by seven scientists working on Global Food, Environment and Economic Dynamics.

Burke recognized that his calculations only show one side of the picture, and says that his numbers do not factor in the potential negative consequences of the lockdown.

“But the calculation is perhaps a useful reminder of the often-hidden health consequences of the status quo, the substantial costs that our current way of doing things exacts on our health and livelihoods. More broadly, the fact that disruption of this magnitude could actually lead to some large (partial) benefits suggests that our normal way of doing things might need disrupting,” he said.

The Centre for Research on Energy and Clean Air agreed that deaths from air pollution will likely decline around the world since some of the largest economic zones on the planet are shutting down.

“These reductions in pollution just over one month could mean tens of thousands of deaths avoided from air pollution,” the Centre said in a Tweet.

In the four weeks after the Chinese New Year holiday, PM2.5 levels were down ~25% nationwide and NO2 levels by 40% on year, showing the dramatic reductions in oil and coal burning, with steepest falls in the central region. pic.twitter.com/2OcYp7YMCj

However, the centre also said that levels of pollution have begun to increase as people are now getting back to work.

Levels of nitrogen dioxide pollution are inching back up over China. Definitely not a surge above pre-crisis levels, just factories and transport starting to run again. Steep drop in northern Italy. pic.twitter.com/8vY3zcYU9k