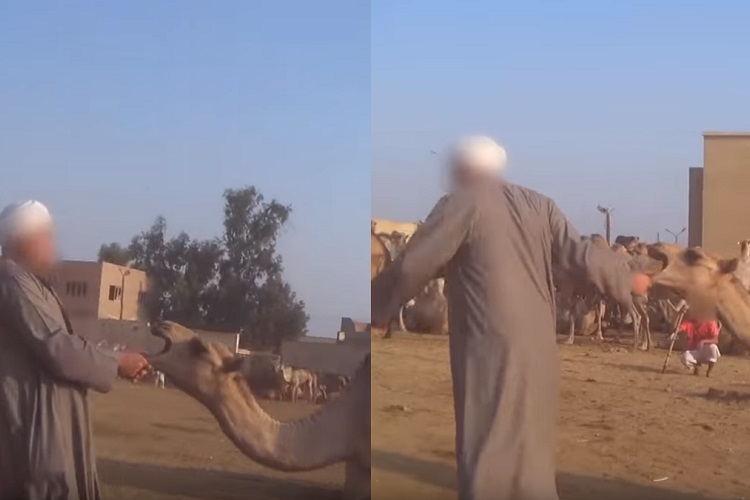 Last year, People for the Ethical Treatment of Animals (PETA), conducted an undercover investigation at major tourist sites, and found that animals who were being used to transport tourists at the great pyramids were routinely beaten and held in extremely cruel conditions.

Footage taken by PETA members showed camels and horses being whipped and beaten, or collapsing from exhaustion. Many of the animals were visibly weak and malnourished, and some oven had open wounds. Investigators also learned that the animals are eventually killed once they are unable to work.

The footage showed how animals at these sites are forced to wait in the scorching sun without access to food, water, or shade as they waited for customers.

The animals were given no breaks and beaten until they collapsed, and some of them could be seen with bloody faces in the footage.

After the release of the footage, three people were arrested for animal cruelty for abusing the camels and horses near the pyramids, but PETA warns that the practice still continues, and they are calling for a full boycott of these sites until the government bans the use of animals for transporting tourists.

Technically, animal cruelty is illegal in Egypt, under article 45 of the country’s constitution, which says that, “The state also commits to the protection … of livestock …; the protection of endangered species; and the prevention of cruelty to animals.”

While the practice may be illegal, and a few people were arrested, PETA says that not enough is being to prevent the abuse of animals at the tourist sites, and that abuse continues on a regular basis. The group maintains that tourists who pay for rides on these animals are keeping these operations in business.

Environmentalists and animal rights activists have become increasingly critical of the global tourism industry in general over the past few years, as evidence continues to surface showing the massive impact that the flow of tourists has on local wildlife and the ecosystems they call home.

The video released as a part of PETA’s investigation can be seen below. Be warned that the content is very graphic.