Found dead in a hotel room on April 20th, 2018, Swedish DJ and electronic musician Tim Bergling (aka Avicii) reportedly ‘cut himself with a wine bottle,’ in what was ruled a suicide. A prolific and very gifted musician, his number one single ‘Wake Me Up‘ has almost two billion views on YouTube to date. He lived to be 28 years-old.

Avicii was undoubtedly over-worked in show business, as he himself and many of his friends have said. Additionally, he described himself as an introvert, insecure and as someone who struggled with severe anxiety, and friends say that he was depressed.

When news of his death became known, his family made a public statement, commenting:

“… When he stopped touring, he wanted to find a balance in life to be happy and be able to do what he loved most – music. He really struggled with thoughts about Meaning, Life, Happiness. He could not go on any longer. He wanted to find peace.” [Source]

He admittedly drank heavily as a coping mechanism for all of this, to the extent to which he even had to be hospitalized for health effects of alcohol consumption.

“If I don’t [drink] I gradually get more and more nervous before shows… Alcohol just stops that.” ~Avicii

The lives of young musicians, actors, actresses and performers are without question insanely demanding and stressful, and many of those who’ve grown up as child stars have spoken out about stolen youth and exploitation, and some have even gone public with allegations of physical abuse and sexual abuse under the care of their industry handlers.

Corey Haim is one of the extreme examples who eventually lost his life to drug and alcohol abuse, while his famous child-costar Corey Feldman has gone public saying that Haim was sexually abused and raped as a kid by Hollywood elites, which is why his life took such a dark and self-destructive turn.

READ: THE ESSENCE OF EVIL: SEX WITH CHILDREN HAS BECOME BIG BUSINESS IN AMERICA

Oh, and lets’ not forget the infamous Jimmy Saville who raped and, or sexually abused over 500 children, men and women while being allowed to carry on in his very public role as one of Britain’s most influential television personalities for the BBC for decades.

“In all, Savile is believed to have abused at least 500 girls and boys, some as young as two, most between 13 and 15, as well as countless adults ranging up to 75 years old. With unfettered access to Leeds General Infirmary, the health service report said, he raped and fondled boys, girls, men and women in offices and corridors. He also allegedly committed sexual acts on dead bodies, and even told several hospital workers that he made jewelry out of one man’s glass eyeball.” [Source]

While we don’t have any information to suggest that Avicii was abused in this regard, and we don’t care to engage in speculation on this matter, one of his music videos portray a shockingly realistic picture of revenge against a network of child sex-traffickers selling children to wealthy businessmen for sex.

The video for Avicii’s song A Better Day is rally a short film telling the story of two young children who after being abducted and sold as sex slaves grow up to seek revenge. They go on a killing spree, marking off pictures of members of their hit list with a red ‘X’ after hunting them down, branding them with a single word in hot iron, ‘pedofilia,’ then savagely killing them.

Interestingly, there’s not much in the lyrics that hint at pedophile sex-trafficking, but the story told in the video is crystal clear, leaving nothing to the imagination.

It begins with a group of very shady-looking adult men gathering in a field to pick out and purchase child sex slaves from a dealer who has a truck full of locked-up, nearly naked children in a cargo truck. 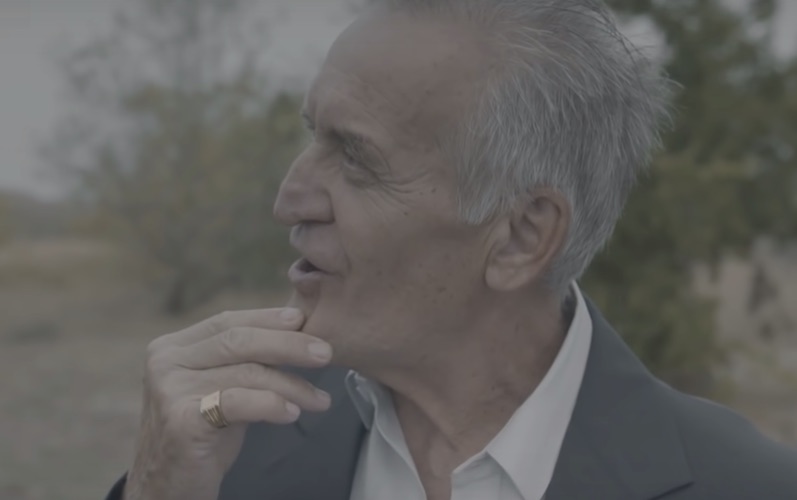 Two children are selected by the driver a fancy car, with a cigar smoking rich man in the back who is portrayed as the buyer, and then forced into the trunk. 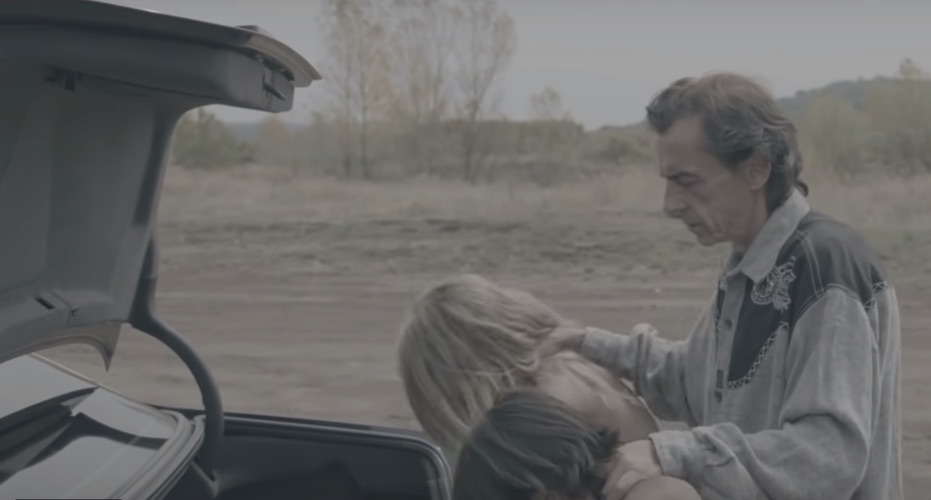 In another plot line, the two children escape and run through a field while being chased by a mad man who looks like a mercenary. The children eventually jump off a cliff into the sea toward freedom. 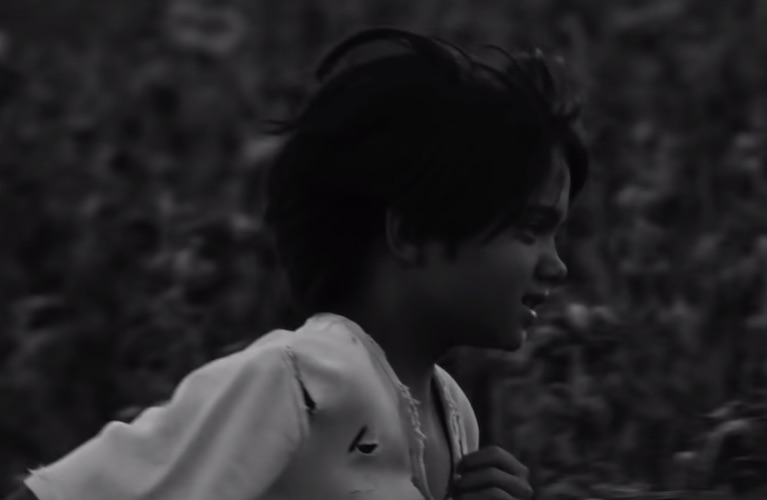 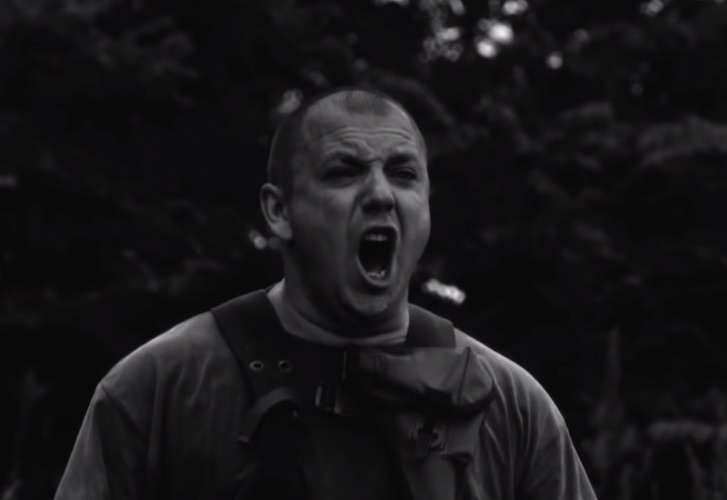 In a third plot line, these two children are grown up and seeking revenge on the network of child-traffickers. 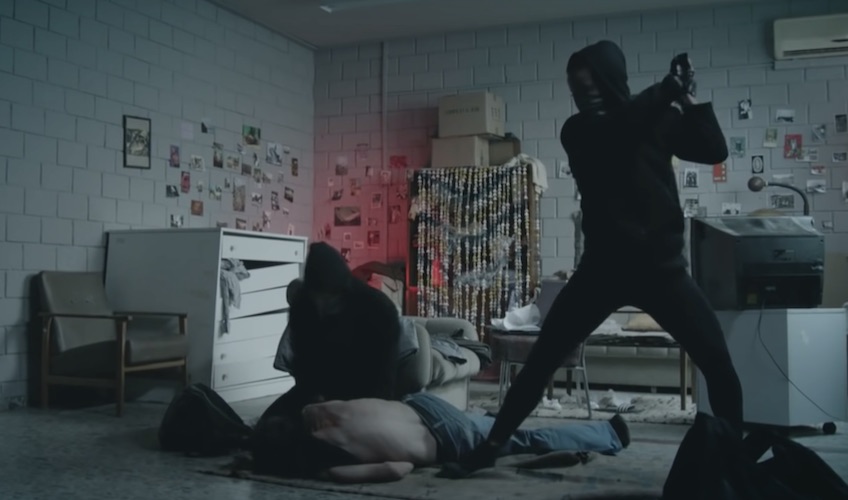 On a wall are seen the photos of dozens of men on their hit list that are being crossed out one-by-one, and as the last two pedophiles are murdered, we see that they are being branded with hot iron before being killed by the grown up escapees. 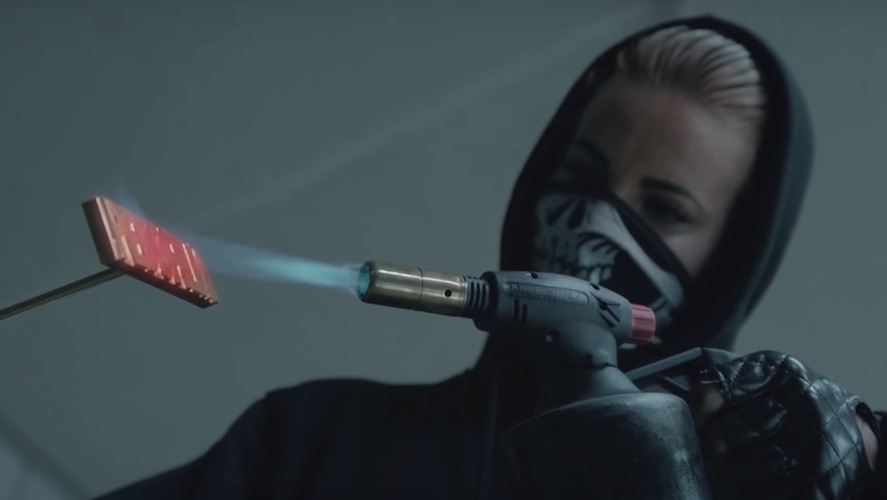 The final act comes when the rich man who purchased the children is confronted in his office at a factory by his now grown up victims. 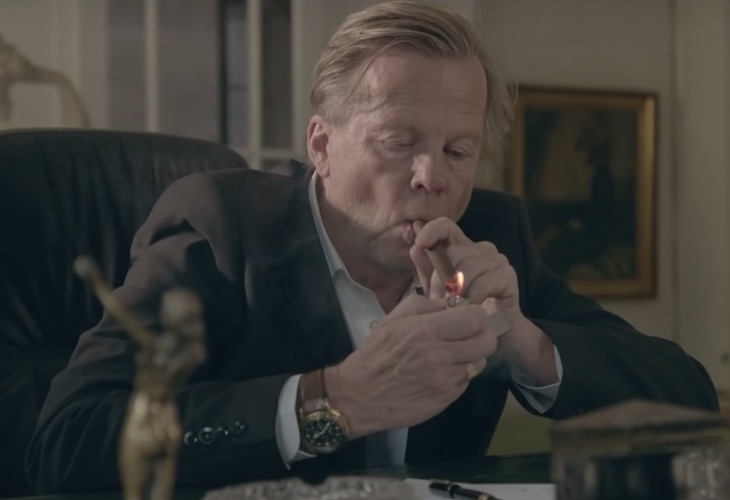 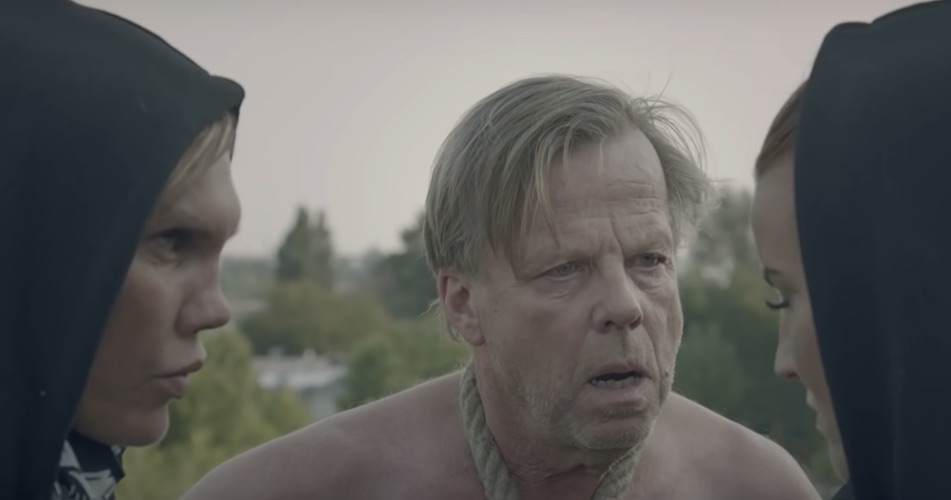 He is set in a noose, branded with the word ‘pedofilia,’ then kicked over the side of the building and hung in front of a crowd of angry protesters. 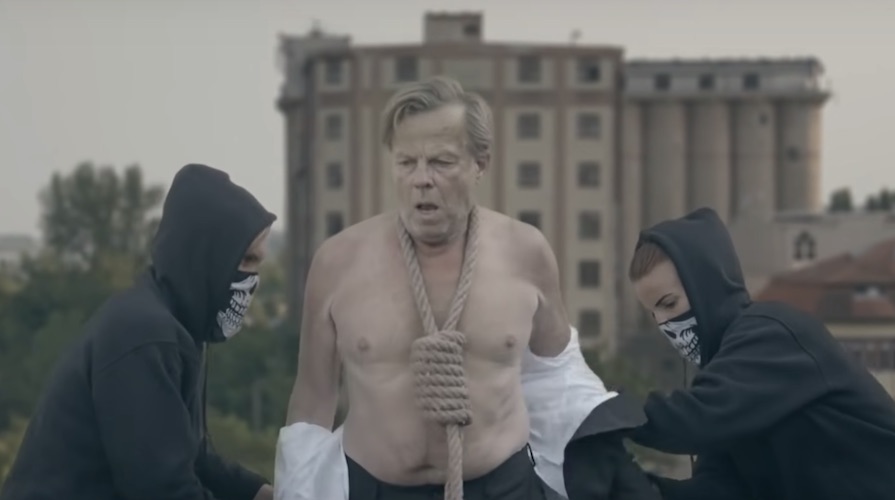 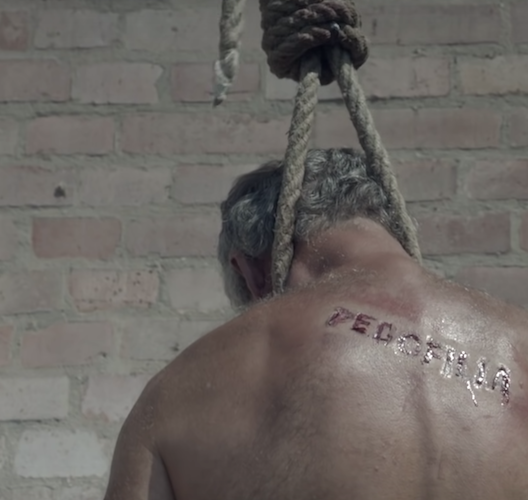 Again, the song is called “A Better Day…’

And we sang our song for the little thing
Magic calm, but the joy you bring
Running it down the line
Wish you could find that love is a fragile thing
Magic calm from a pretty thing
Maybe it might be time
For a better day

Even highly creative and artistic people don’t just make this kind of stuff up unless they’ve had some personal connection to similar events, or some personal relationship with actual victims. It’s not a fun subject to work with and most famous people wouldn’t touch it unless they were compelled by principle.

In a time when we know beyond a shadow of a doubt that sex-trafficking of minors is a global nightmare, a wildly popular musician like Avicii using his platform for a story like this should be yet another wake up call for us all. This is happening, here’s what it looks like, and it needs to stop. Sadly, we’ll never know exactly what Avicii wanted us to do with the story in this video.

Watch the full video ‘For a Better Day’ here:

This article (This Music Video by Aviciii is a Shockingly Realistic Portrayal of Child Sex-Trafficking by Wealthy Predators) was originally created and published by Waking Times and is published here under a Creative Commons license with attribution to Buck Rogers and WakingTimes.com. It may be re-posted freely with proper attribution, author bio, and this copyright statement.