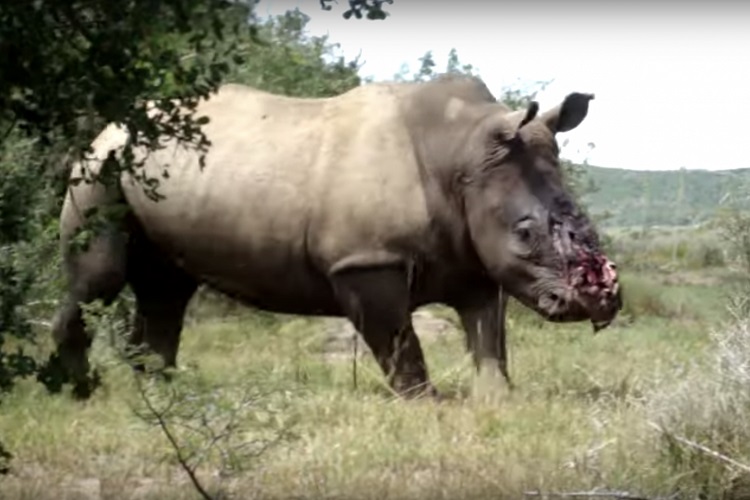 WARNING: This article contains disturbing images and video not suitable for all viewers. Viewer discretion is advised.

Rhinos are recognized as a critically endangered species, with less than 28,000 left on the entire planet. To put this into perspective, it is estimated that at least a half-million rhinos inhabited Africa and Asia at the beginning of the 20th century.

Rhino populations are in danger due to loss of habitat and overhunting, and a large portion of the hunting is motivated by the demand for traditional medicinal remedies that call for rhino horns to be used. This form of traditional medicine that requires ingredients from endangered animals is only popular in China, and even there it is not necessarily mainstream.

Furthermore, Chinese traditional medicine is a very broad term that applies to a variety of practices, some of which are proven to be beneficial, like acupuncture, while others, like rhino horn remedies, have not been proven to be effective.

Rhino horns are typically sought by the most wealthy Chinese citizens, but the everyday person in China pays very little attention to these types of remedies. Still, there is enough of a demand for the more taboo traditional treatments in China to create a lucrative black market for the trade of endangered animals.

Advocates of Chinese traditional medicine believe that the powder from a ground rhino horn can cure numerous different ailments, including devil possession, cancer, headaches, rheumatism, and in some rare cases, erectile dysfunction. It is important to note that its use as an aphrodisiac is often overstated, and never officially prescribed by doctors, but there are still some wealthy Chinese customers who purchase the horns for that purpose.

Rhino horns can be sold for up to $100,000 per kilogram, which is just over two pounds. Considering that most of these horns weigh an average of two to seven pounds each, a poacher could make anywhere between $300,000 and $700,000 off of a single rhino horn.

IS THIS THE END OF THE WILD RHINO?Its horn now more valuable than gold, the African rhino is under siege by well-armed…

The brutal criminal gangs that hunt these animals use tranquilizer guns to slow them down before hacking off their horns and leaving them to slowly and painfully bleed to death.

In the video below, a young rhino appears to be mourning a mature rhino, perhaps a mother or father, after its horn was removed by poachers. You may not want to watch the video, I kind of regret it.

There have been numerous strategies that conservationists have employed to help mitigate the hunting of rhinos for their horns. As shown in the photo below, some rangers at wildlife reserves have resorted to dehorning the animals in advance so they are less attractive to poachers.

Another plan is to flood the market with fake rhino horns. As Truth Theory report last year, a team of researchers from the University of Oxford and Fudan University in China recently announced that they have developed a fake rhino horn, which they hope will diminish the illegal market for the real thing.