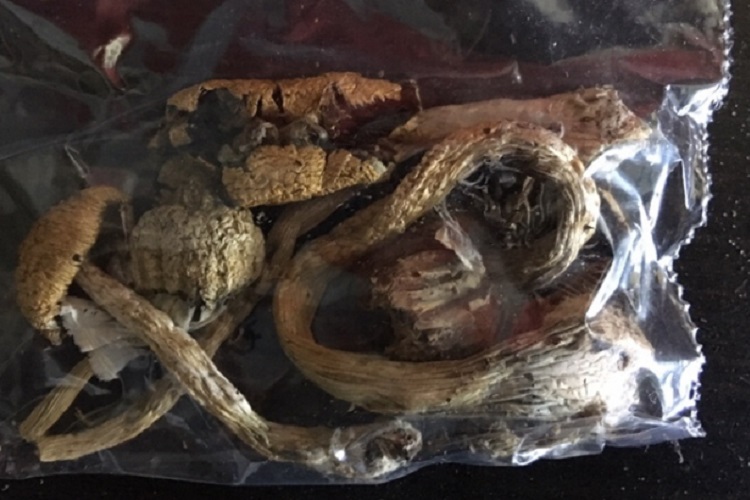 With interest in psychedelic substances spiking in recent months amid increased efforts to reform drug laws, there has also been increased discomfort about the possibility that corporations would seek to dominate a market that has mostly been underground.

In an unsettling sign of potential things to come, last week a company successfully trademarked the word “psilocybin”—yes, the same word for the psychoactive compound of the popular psychedelic “magic mushrooms.”

The company, Psilocybin—or rather, Psilocybin™—is actually a chocolatier that doesn’t even sell magic mushroom chocolate. Instead, they sell standard chocolate blended with herbs advertised as “medicinal.”

According to their mission statement:

“Psilocybin™ was created to begin educating, enlightening and supporting the community in upgrading their inner vibrations in order to get everything they want of their time here on earth.

We have created physical chocolate bars to be the carrier of this message and create a community around our message which is assisting thousands in upgrading their inner world to be happy, healthy and full of an abundant joy.”

That’s a lot of words for “don’t expect to go on a psychedelic trip, man.”

“Each chocolate bar has been designed for a very deep and cosmic awakening, the packaging begins to shift your vibration and our three bars will each create a different effect on your body, mind and soul.”

So basically, consumers can expect to “heal” in some unspecified manner for the whopping price of $18 a unit. Whether that falls under the category of “a spiritual experience” or a placebo effect is anyone’s guess.

The strange marketing approach has angered advocates for the legalization of the psychedelic fungus who see the trademark as a blatant attempt to capitalize on and effectively monopolize the right to use the name of a purely natural substance—not unlike someone trademarking “THC” or “CBD.”

Psilocybin™ founder and self-styled “marketing and branding visionary” Scarlett Ravin has defended the move as anything but a cynical marketing ploy aimed at hippie-dippie chocolate aficionados and, we assume, unwitting customers seeking an actual mushroom trip.

Ravin, who also claims to be a “healer” and “medicinal alchemist,” told Marijuana Moment:

“We’re all here to follow spirit guidance to show love and light, and the visions I had of doing what we’re doing now was based upon breaking boundaries and breaking perceptions and allowing people to have an opportunity to sink into being one unit.”

“This being an open-source movement, trademarking the word psilocybin, in some ways it feels like—although I don’t think this is her intention—it’s lacking perspective.

Does that mean we can’t use psilocybin as SPORE because we’re an educational non-profit and she’s a for-profit branded company? It doesn’t make a lot of sense to me. She needs to let go of the trademark.”