Australia’s Iconic Platypus Has Been Pushed to the Brink of Extinction, Scientists Warn 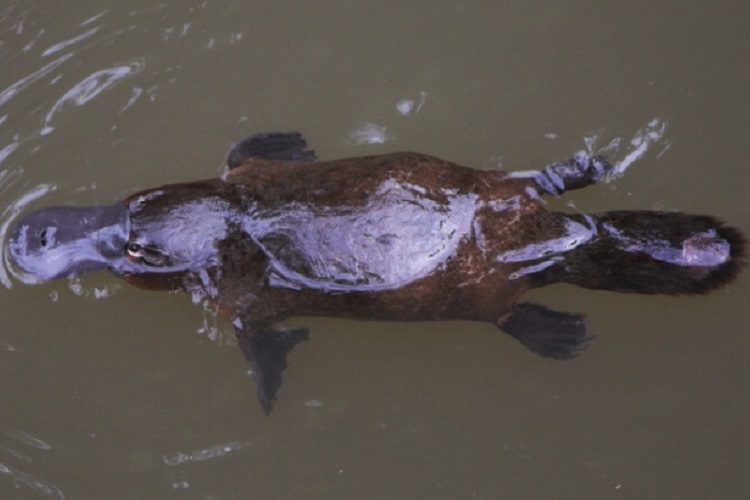 Researchers are now warning that the platypus—the unusual duck-billed, egg-laying mammal native to eastern Australia whose existence was believed to be a hoax in the late 18th century—is one of the iconic species teetering on the brink of extinction.

According to a new study by the University of New South Wales (UNSW) that was published in the scientific journal Biological Conservation, platypus numbers have declined by half or more since the European colonization of the island continent with local extinctions occurring across 40 percent of the species natural habitat thanks to drought and human activity such as dam building, water harvesting, land clearances, the impacts of livestock and threats from feral species.

Along with other contemporary threats including the changing climate, scientists fear that platypus numbers will continue to decline between 47 percent and 66 percent by 2070.

However, when taking fast-heating climate projections into account the animal’s decline could rapidly fall by 51 percent to 73 over the next five decades—pushing the species once common in the country’s waterways toward all-out extinction.

The danger to platypuses has become alarming in recent consecutive years as brutal heatwaves and arid conditions made worse by the dearth of rainfall have had a devastating effect on local populations.

Platypus populations, like other aquatic species, are believed to have taken major damage from an intensifying drought and record heat, even prior to the bushfire crisis.

AFP reports that study co-author Gilad Bino, a researcher at the University of NSW’s Centre for Ecosystem Science, said:

“These dangers further expose the platypus to even worse local extinctions with no capacity to repopulate areas.”

The study recommended that national authorities give attention to the “urgent need” for a risk assessment that could downgrade the animal to “vulnerable” status and look at the steps necessary to conserve the species and “minimize any risk of extinction.”

The government has taken few if any measures to protect the species despite the International Union for Conservation of Nature (IUCN) recently downgrading the nocturnal creature’s status to “near threatened.”

Could not bear it if the platypus was to become extinct – likewise so many of our unique Australian creatures.
If I was PM, every decision I made would have this as the bottom line : *will this hasten the extinction of the littlest Australians?*
That would guide my every action.

The study notes that such conservationist measures would include “increasing surveys, tracking trends, mitigating threats and improving management of platypus habitat in rivers.”

“Under predicted climate change, the losses forecast were far greater because of increases in extreme drought frequencies and duration, such as the current dry spell.”

The platypus, along with four species of echidnas, are the world’s only monotremes or egg-laying mammals that secrete milk from the female bellies.

“In our region, they’re all dead, they’re gone—I can’t find them … They don’t go into hibernation … They must have water to feed in.

Private landholder management, the management of riparian zones along creeks, water harvest as well as control on stock trampling [are all required].

And going to the toilet in the last fragments of water [must also be controlled].

Our own parks are full of pests like the feral fox and cats responsible for over 90 per cent of all mainland mammal extinction.”

“The platypus that we did rescue, we had two die the next day … Their bellies are empty and they’re all riddled with E. coli and a greater diversity of bacteria than that.

Platypus are a Gondwanan dinosaur species—they are monotremes, egg-laying mammals, some of the oldest lineages of mammals on earth.

They’ve been in this constant east coast temperate environment, largely unchanged, for millions of years.

To see it now … a cesspit that’s bacteria ridden and lifeless … certainly in our area—and this must be so wide spread—they’re gone.”

With its unique set of physical features, early sketches of the duck-billed mammal shocked western scientists who stumbled on the existence of the platypus during the colonization of Australia. Even after the creature’s pelt was delivered to researchers in the U.K., the existence of the platypus was believed to be a hoax comprised of a duck’s bill sewn onto a beaver’s body. The species was then hunted for its fur until the last century.

Study co-author Prof. Richard Kingsford stressed that climate change and habit destruction must be reined in. He said:

“This animal is one of the most amazing animals that we have on the planet and it would be a very sad day if we were ever in the position of losing them.

I’m very much hopeful that we’ll never get there, but we do need to address it urgently.”