The Resonances Between Indigenous Art and Images Captured by Microscopes

Rich visual parallels between Indigenous artworks and microscopic natural structures hidden in the world around us reveal unexpected and intriguing similarities that can deepen our respect for our country and its stories.

A new touring exhibition in Sydney, bringing microscopy and Indigenous art together, explores these images, which pass on knowledge and shape our understanding of the world. Their resonances derive from the similar perspectives of the imagery, and symmetries hidden in nature.

The microscopic images (known as micrographs) were captured on transmission electron microscopes, which create enlarged projections of a thin, sample slice and reveal a flat, top-down image, similar to many of the artworks. Another similarity comes from the natural forms and patterns found at the microscopic, landscape and cosmic scale.

In Indigenous cultures, stories shared and held in paintings record how the land and creatures were created, how they function together and how people relate to them.

For researchers, microscopic images reveal the tiniest structural details of the natural world. With experience and the knowledge passed down from previous generations, scientists read these stories and expand our understanding as they strive to answer the question “how and what makes the world function as it does?” (Or, as Goethe wrote in Faust, “how and what holds the world together at its innermost core”.)

Twenty one Indigenous artists from around Australia have created new works for the exhibition that demonstrate a connection between their stories and microscopic images of related parts of our country.

These artworks are paired with images of things, such as molecules or crystals, taken by scientists using microscopes. Below is a selection of images.

The overlapping plates of the ochre mineral are reminiscent of the rows of hills in Gordon’s country. 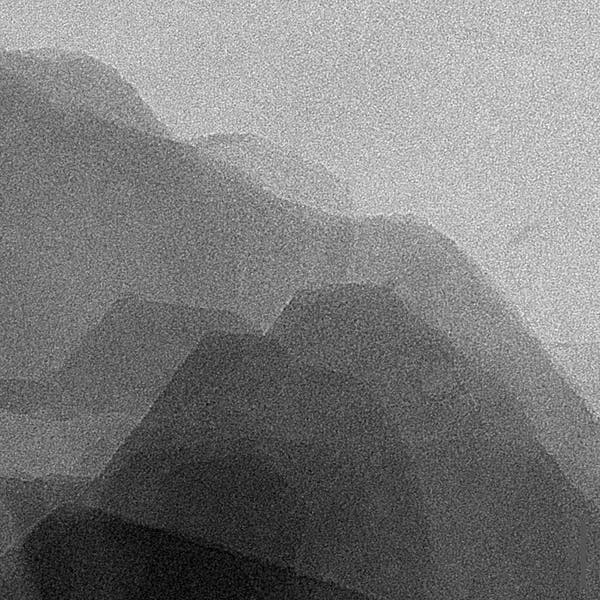 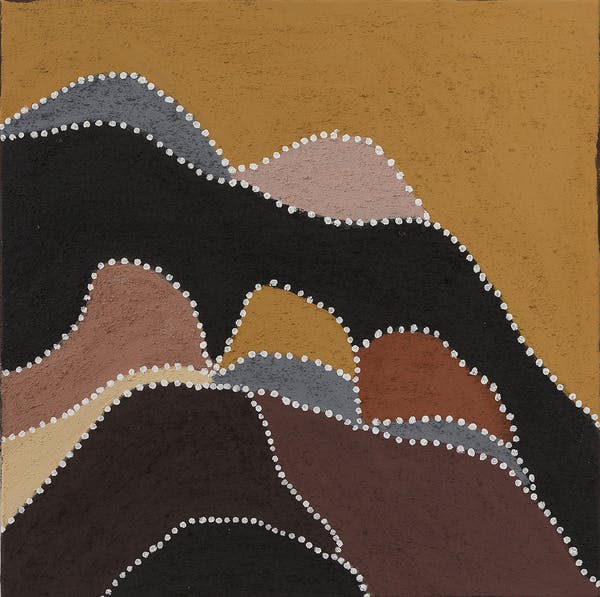 Jennifer’s painting shows women collecting witchetty grubs. These can be eaten at all stages of their life cycles. Without the structures shown in the micrograph, sperm wouldn’t function and moths’ life cycle would be broken. 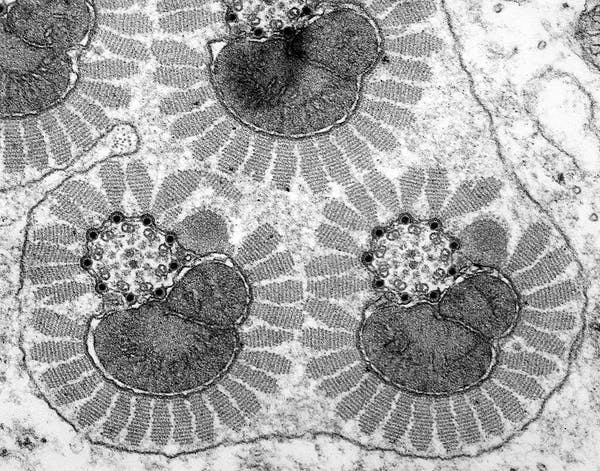 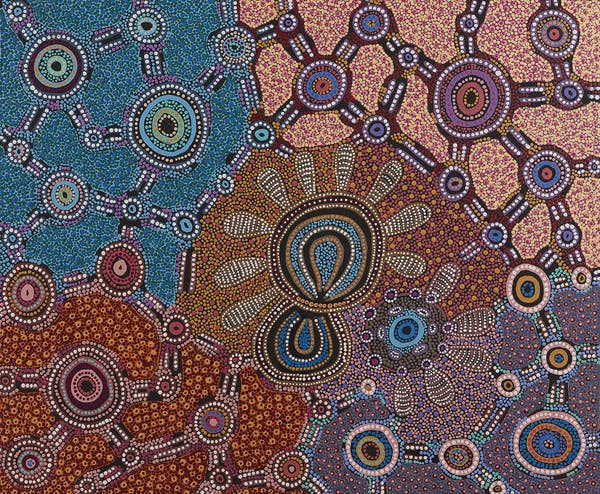 The dark dots in the micrograph are ribosomes. These tiny molecular machines are responsible for producing the vast array of different proteins that make up the bodies of all living things, including possums and people. 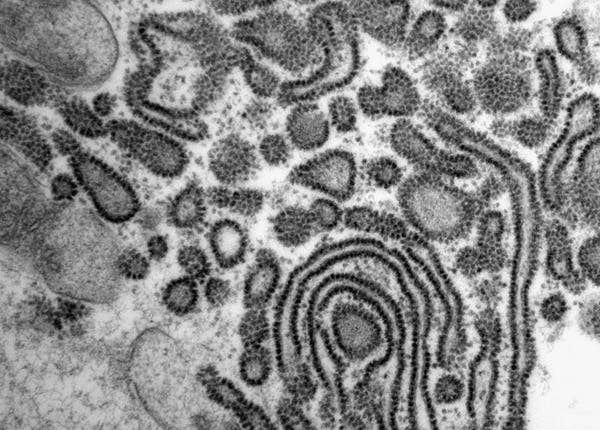 Ribosomes. Image created at the University of Sydney 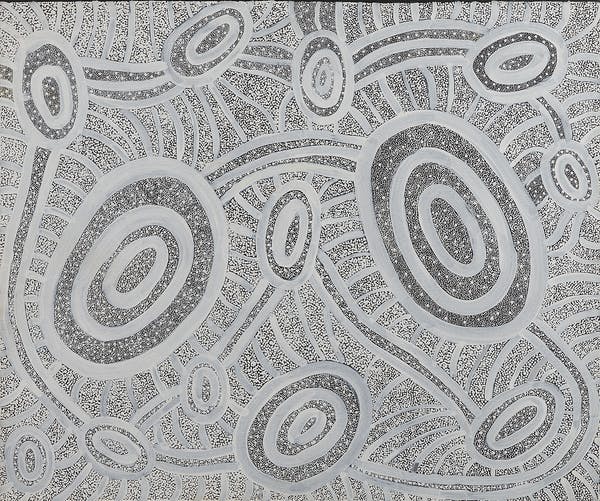 The crystal structure revealed in the micrograph is fundamental to the sand making up the sandhills that Vanessa paints in her story. 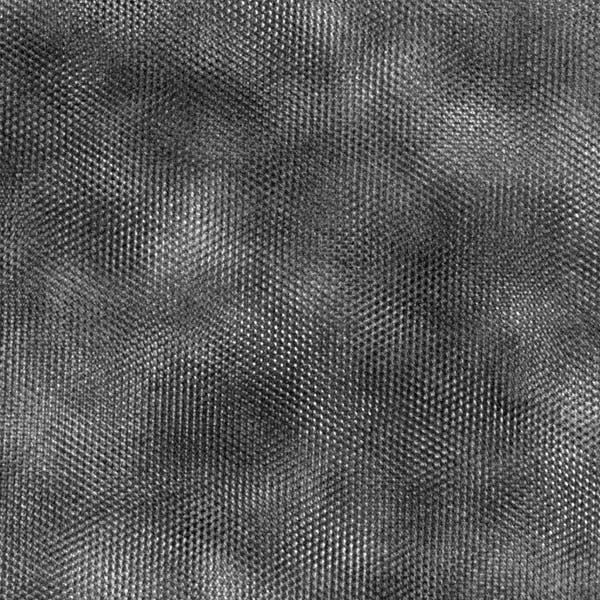 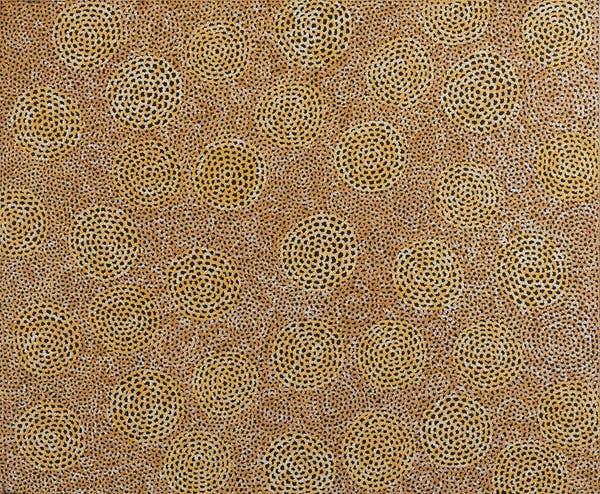 The cells in this gum leaf are reminiscent of the rocks and coastal landscape of Kerry’s painting. Her people move through the landscape to collect food just as carbon dioxide moves through the leaf spaces to cells, where it is converted to food for the plant. 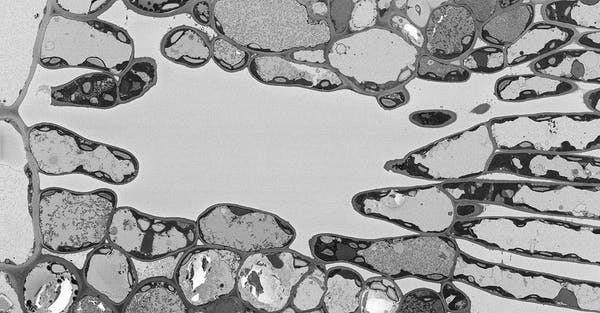 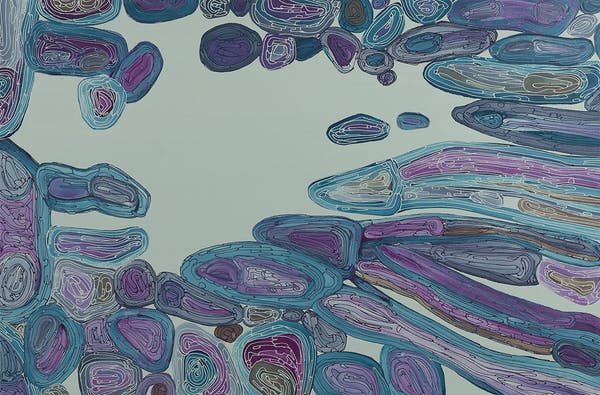 The red areas of Kurun’s painting indicate the life blood that still survives in the dry river bed. The parallel to the red blood cells in the fish eye are obvious. 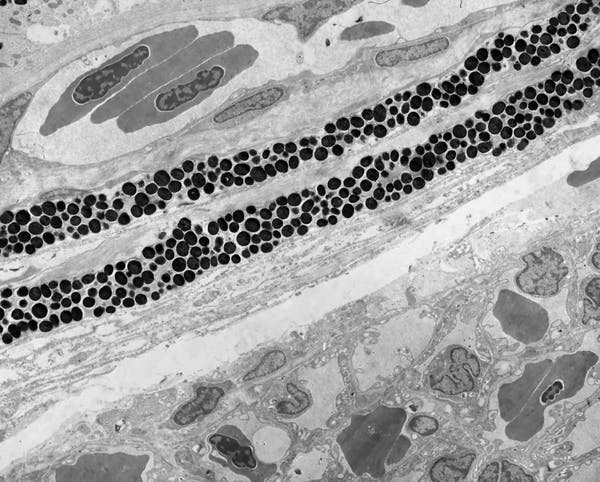 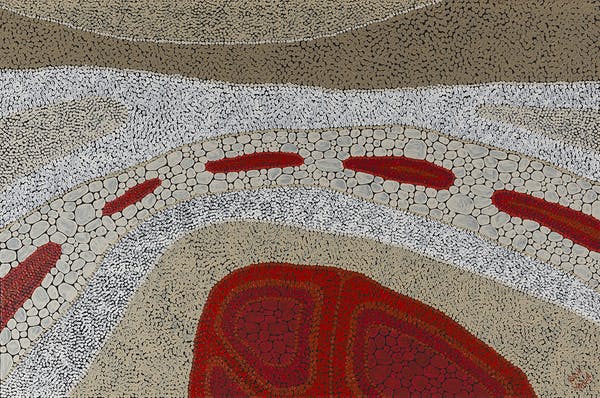 Joshua paints crocodile skin as a celebration of his totem, the saltwater crocodile. He also sees his paintings as a representation of landscape. Collagen is the fundamental protein found in skin and gives it its strength and toughness. This is a beautiful connection at both the physical and philosophical levels. 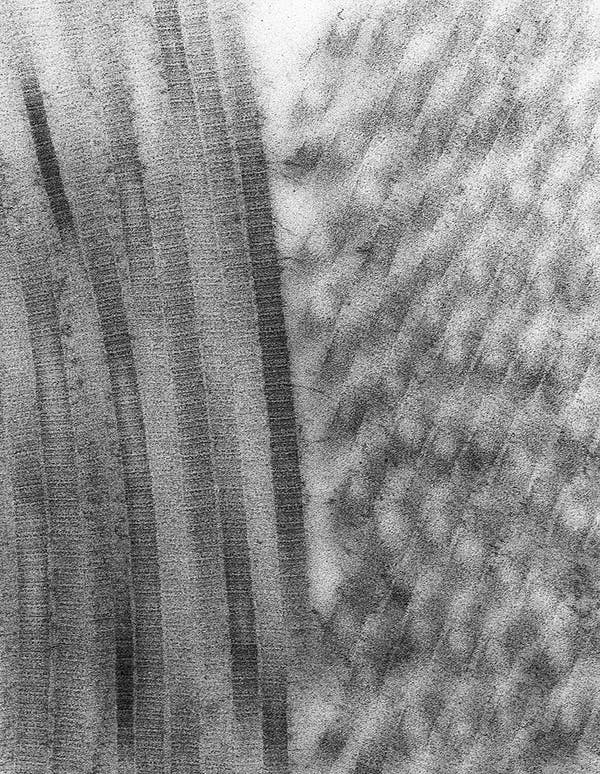 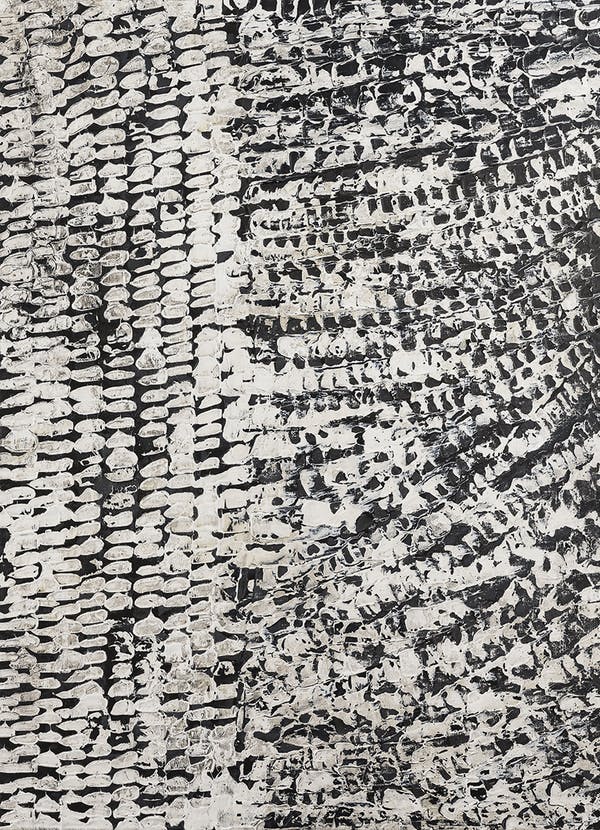 The story in Lola’s Water Dreaming painting involves two river red gum trees. River red gums line inland water courses and are essential to Aboriginal life. The vessels that transport water up through the plants have thickened rings for support. This later becomes the wood of the trees. 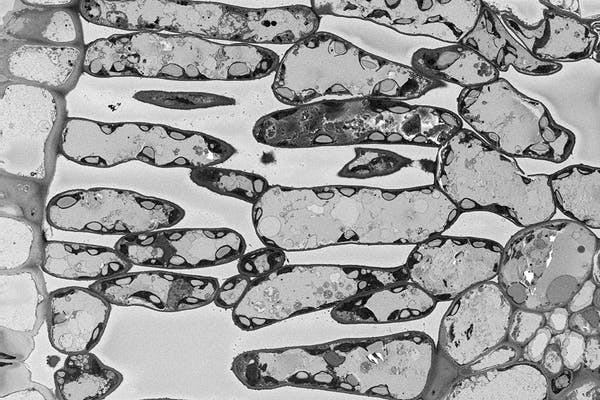 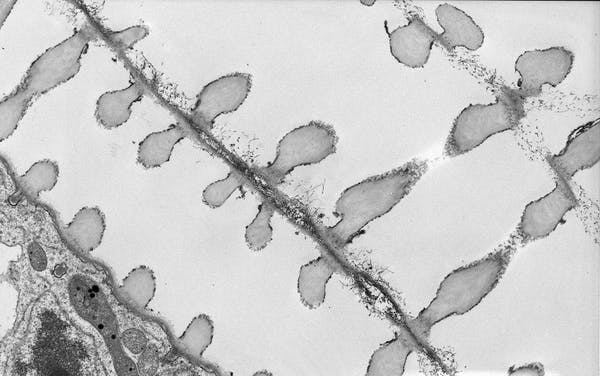 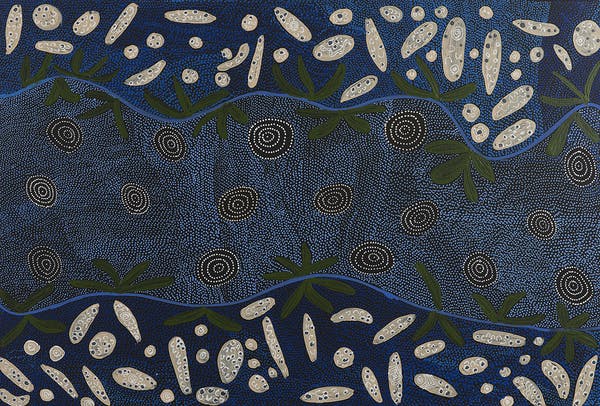 Stories and Structures – New Connections has been conceived and curated by Dr Jenny Whiting from Microscopy Australia. It is currently on display at the University of Wollongong.

Roger Wepf is the Director of the Center for Microscopy and Microanalysis (CMM) at the University of Queensland.

He was born in Strasbourg (France), and received academic degrees in cell biology and structure research in 1992 at the ETH. After a post-doctoral fellowship (Biocenter Basel/ETH Zurich), Roger joined the physical instrumentation program at EMBL, Heidelberg, in the Max Haider group, developing cryo-technology for corrected LVSEM and EM applications.