Opposing Iran War Doesn’t Make You Conservative or Liberal, It Makes You Smart 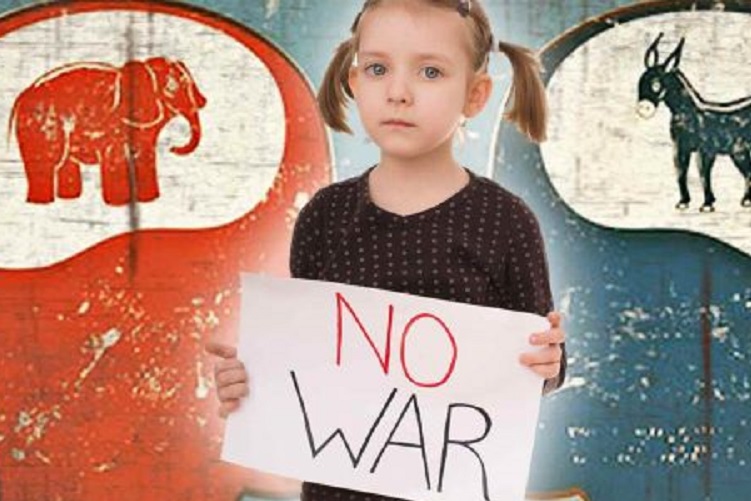 Despite the establishment telling Americans otherwise, the United States is marching directly into a major conflict with Iran that could have catastrophic implications. The two-party paradigm’s grip on Trump supporters has them shifting from previously supporting Trump’s anti-intervention stance on which he campaigned, into full on support for a senseless and dangerous war. This is the exact same scenario that unfolded with Obama when he turned the antiwar Left into pro-war interventionists. If you stand against this escalation, according to the establishment, you are anti-America. But in reality, you’re just smart.

To those foolish enough to be supporting such idiotic war games, consider the fact that Iran is not Iraq or Afghanistan or Syria or Libya. Iran’s military is ranked as the 14th most powerful armed forces in the world by Global Firepower’s 2019 Military Strength Ranking. A war with them would not resemble that of a war with Iraq. Instead, Americans would see large scale cyber attacks on our infrastructure, clandestine operations carried out inside the United States, and potential nuclear fallout. Hundreds of thousands of civilian casualties are likely.

Congresswoman Tulsi Gabbard, who deployed on two combat tours to Iraq, painted the picture perfectly in a tweet pointing out that a war with Iran would make the Iraq war look like a picnic.

“As someone who understands the situation in Iraq and Syria, I can tell you that if we do not get our troops out of Iraq and Syria now, we will be dragged deeper and deeper into a quagmire and war that will make the wars in Iraq and Afghanistan look like a picnic,” she wrote. We agree.

This entire debacle started over “top secret” claims that the US was under an impending threat from Qassim Suleimani and his forces. Americans were never once shown any evidence of this. We are merely supposed to believe them and then go off and die in a war for them. What’s more, this “most dangerous man in the world” was praised by America just four years ago as his Quds Forces not only helped push back ISIS in Iraq, but lead the action to do it.

Today Neocons call him a “terrorist” with zero evidence to sell another disastrous War & expect you to believe them without question.#IranvsUSA#IranAttackspic.twitter.com/ZUx48QUUlE

To those paying attention, and not buying the same lies, quite literally, that got us into both quagmires in Afghanistan and Iraq, this march to war with Iran started well before Trump came into office. Iran is a country who is rich in resources and operates outside of the US Dollar. This makes them an enemy to the establishment and slated for invasion.

It has been the plan since Bill Clinton was in office and was documented in the neoconservative PNAC report. This was even admitted by General Wesley Clark, former Supreme Allied Commander of NATO, that the U.S. planned on going to war with Iran, according to a 2001 memo from the U.S. Secretary of Defense.

“This is a memo that describes how we’re going to take out seven countries in five years,” Clark said. “Starting with Iraq, and then Syria, Lebanon, Libya, Somalia, Sudan, and finishing off with Iran.”

Now, we have Mike Pompeo regurgitating the same lines Dick Cheney used to convince Americans that war with Iraq was a good idea. Last week, Pompeo on CNN said the US has “every expectation” that people “in Iran will view the American action last night (assassinating a general beloved by the country) as giving them freedom.” Sound familiar? It should.

In 2003, Dick Cheney said the same thing. “I think things have gotten so bad inside Iraq, from the standpoint of the Iraqi people, my belief is we will, in fact, be greeted as liberators. . . . I think it will go relatively quickly, . . . (in) weeks rather than months,” he said. The “weeks” have turned into 17 years and hundreds of thousands of innocent lives lost while accomplishing nothing.

Now, these same people are salivating over a similar but far more dangerous intervention in Iran and somehow many Americans think it will be different this time. Spoiler alert: It won’t.

The only thing different this time is the lack of support from US allies around the world who are watching in dismay as America attempts to launch World War III. As Thomas Luongo points out:

Normally when something like this happens the U.S. has all of its allies lined up with statements at the ready. A gaggle of the usual suspects behind lecterns pledging support replete with the requisite hand-wringing and virtue signaling.

That didn’t happen this time. Only arm-twisting by Secretary of State Mike Pompeo cajoled a few lukewarm responses from European allies stunned by Trump’s violations of International Law and escalation of hostilities.

Because they know the world is more dangerous today than it was a week ago.

Iran is no bastion of freedom, but this conflict that will result from further provocation with them will be far worse than any petty tyrant asserting their will in the Middle East. Supporting this war makes you complicit in the hellish reality that will ensue. It makes you the opposite of a patriot. It makes you a sheep being willingly led off to slaughter.