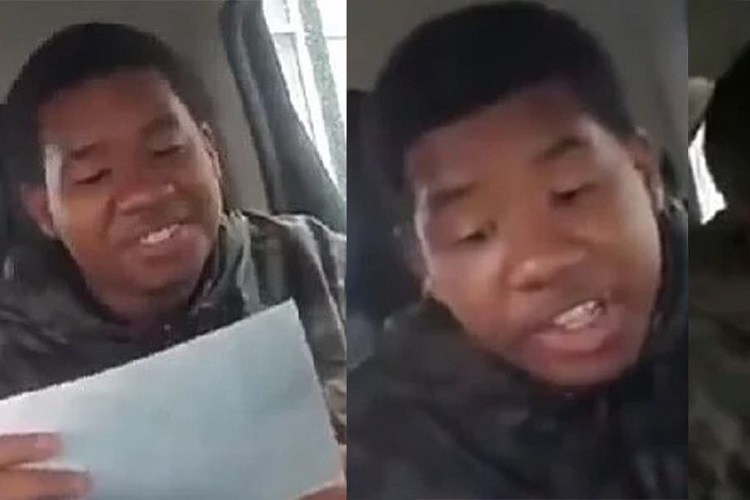 In a new video currently circulating online, an 18-year-old named Jojo is recorded by his dad as he opened his first paycheck and saw how much money was taken out for taxes.

“Jojo, how’s it feel openin’ up this first check, man?” his father asked at the beginning of the recording. Jojo seemed to be shy about his father recording, as most 18-year-olds would.

There is a moment of joy when he opens his paycheck and shows the camera, but as soon as he starts to read how much he actually got paid after taxes, his expression began to change.

When he began to look distraught, his father asked, “Why your face like that, Jojo? Were you expecting more?”

Another young man in the car tried to explain, “They took out taxes, Jo,” adding, “welcome to the world.”

Jojo became so upset that he left the car for a moment.

“Jojo, where you goin’?” his father asked.

After collecting his thoughts, Jojo hops back into the car and said, “They just finessed me!”

Jojo is still trying to understand what happened.

“We have to explain to you how this works. Look, you earned $282, but they still had to take out $28.42 in taxes, which is why you have this much to spend.” Jojo’s dad explained.

“So, if I earned that, why can’t I get it?” Jojo asked, and his question is perfectly valid.

Since the government is allowed to extract money from the people by force, this guarantees they will have funds for any project they want, even if those projects are unpopular with taxpayers. This is because the public has no choice but to pay taxes, therefore they have no say in how their money is used.