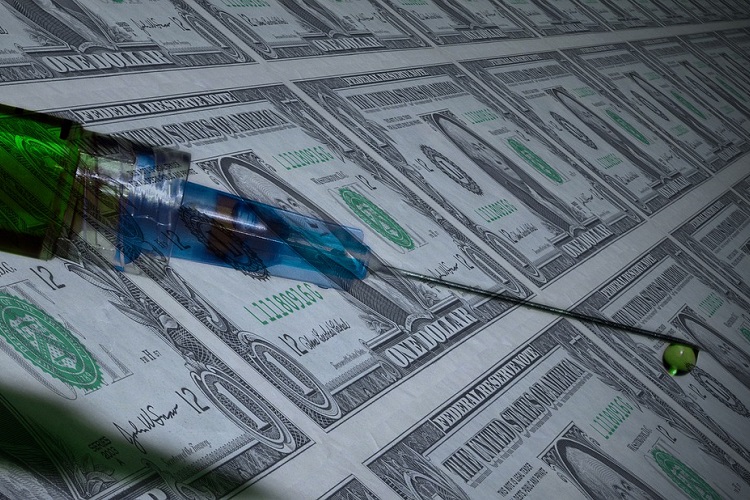 Just when you thought that things couldn’t get any stranger, two U.S. government agencies have taken things to an entirely new level.  The U.S. Department of Defense and the U.S. Department of Health and Human Services have just put out a press release that is absolutely jaw dropping, but so far hardly anyone is talking about it.  According to the press release, a 138 million dollar contract has been awarded to ApiJect Systems America for two projects known as “Project Jumpstart” and “RAPID USA”.  Apparently the goal of these projects is to have vast numbers of “injection devices” ready to go once a COVID-19 vaccine becomes available.  The following comes directly from the official website of the Department of Defense…

“Today the Department of Defense and the U.S. Department of Health and Human Services, announce a $138 million contract with ApiJect Systems America for “Project Jumpstart” and “RAPID USA,” which together will dramatically expand U.S. production capability for domestically manufactured, medical-grade injection devices starting by October 2020.

Spearheaded by the DOD’s Joint Acquisition Task Force (JATF), in coordination with the HHS Office of the Assistant Secretary for Preparedness and Response, the contract will support “Jumpstart” to create a U.S.-based, high-speed supply chain for prefilled syringes beginning later this year by using well-established Blow-Fill-Seal (BFS) aseptic plastics manufacturing technology, suitable for combatting COVID-19 when a safe and proven vaccine becomes available.

Today, there are about 328 million people living in the United States.  But the press release states that the plan is to produce “over 500 million prefilled syringes” in 2021…

The contract also enables ApiJect Systems America to accelerate the launch of RAPID USA manufactured in new and permanent U.S.-based BFS facilities with the ultimate production goal of over 500 million prefilled syringes (doses) in 2021. This effort will be executed initially in Connecticut, South Carolina and Illinois, with potential expansion to other U.S.-based locations. RAPID will provide increased lifesaving capability against future national health emergencies that require population-scale vaccine administration on an urgent basis.

So that would be enough “injection devices” to vaccinate every man, woman and child in the entire country one and a half times.

Right now, researchers all over the globe are racing toward the development of a vaccine, but as I have discussed previously, that is not going to be an easy task.

And on Tuesday Dr. Anthony Fauci openly admitted to a U.S. Senate committee that there is no guarantee that a vaccine “is actually going to be effective”…

As drugmakers across the world race to develop a coronavirus vaccine, White House health advisor Dr. Anthony Fauci said, “There’s no guarantee that the vaccine is actually going to be effective.”

Fauci delivered the somber warning Tuesday to the Senate Committee on Health, Education, Labor and Pensions during a hearing about the road to reopening businesses across the nation.

In addition, because there are multiple strains of COVID-19 already running around out there, one vaccine may not be able to cover them all.  So this could create a need for “multiple vaccines”, and this is something that NIH Director Francis Collins has openly acknowledged…

Several vaccines will likely be needed to combat the coronavirus and immunize groups of people in America and abroad, U.S. National Institutes of Health Director Francis Collins said in an interview.

So when the time finally comes, there may be more than one vaccine that authorities are pushing everyone to take.

But for now, there is no vaccine, and some health officials are pushing for social distancing restrictions to remain in place for months to come.

For example, Fox News is reporting that the top health official of Los Angeles County is warning that the local “stay-at-home order” may have to be extended until August…

Los Angeles County will likely continue its stay-at-home order through the summer, officials said Tuesday, as the coronavirus wreaks havoc on the economy and patience continues to wear thin for some calling for the state to reopen and for normal life to resume.

County Public Health Director Barabara Ferrer said the order will be extended “with all certainty” at the Board of Supervisors meeting, possibly until July or August, the Los Angeles Times reported.

And apparently L.A. Mayor Eric Garcetti is on the same page.  In fact, he has once again stated that there will be no return to normal until a cure or a vaccine comes along…

“I think quite simply she’s saying we’re not going to fully reopen Los Angeles — or anywhere in America — without any protections or health orders in the next three months,” he told CNN’s Jake Tapper.

“I think we know it’s going to be even longer than three months. … We’re not moving past Covid-19, we’re learning to live with it. We’re not going to go back to pre-Covid life any time soon” or move forward without a medicine or vaccine.

I feel so badly for those living in the Los Angeles area, because it certainly looks like the next three months are going to be really rough.

Of course there are other large cities that are facing similar timelines.  Just check out what is being reported regarding the outlook for New York City…

New York City may not fully reopen until August after Gov. Cuomo advised that each phase of the four phase restart plan could take up to two weeks to implement.

Parts of the state of New York will be ready to reopen on May 15, this Friday, after meeting Governor Cuomo’s strict set of seven requirements.

We are only in mid-May right now.

Could you imagine being forced to stay home for the next three months?

Sadly, that is what millions of Americans will be facing.

And on Tuesday Dr. Fauci actually suggested that many schools will need to remain closed as the next school year begins…

Anthony Fauci, MD, revealed Tuesday morning that a return to school in the fall “would be a bit of a bridge too far,” during a Senate Committee hearing. News of likely continued homeschooling for the next school year will probably be met with groans and frustration by harried parents struggling to balance working from home and also managing remote learning and having their children home 100 percent of the time.

Our entire society is melting down because of this virus, and if we can’t handle this crisis, what are we going to do when much worse things start happening to us?

Sometimes I wish that we could roll back the clock and go back to 2019.

Life seemed so much simpler back then, and things are only going to get crazier in the weeks and months to come…