100 Years Ago Today, A Massacre Ignited a Civil War that America Has Forgotten 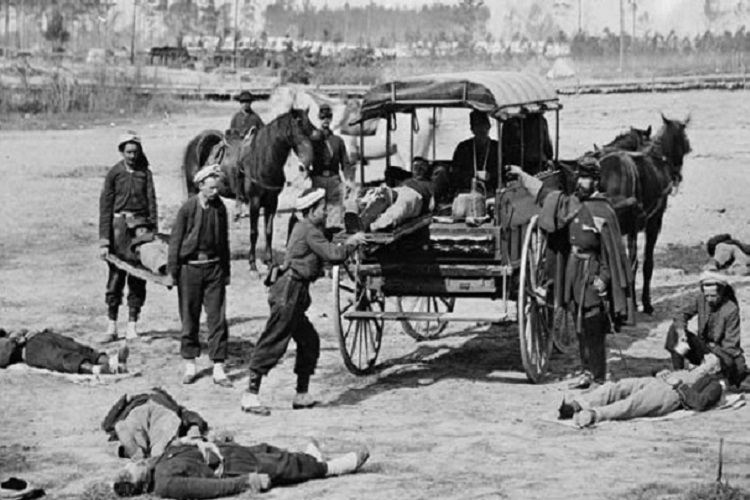 In the early 20th century, West Virginia was the heart of America’s coal country. The picturesque Appalachian Mountains gave rise to America’s coal rush, and a labor struggle that turned the once peaceful countryside into a battleground for over a decade.

Following the industrial revolution, coal was a highly sought after natural resource. By the early 1900’s, coal companies had become so large they were the primary source of West Virginia’s income. Companies built homes, stores, schools, churches and supported entire towns near the mines they operated.

For laborers, the mines in West Virginia were some of the worst working conditions in the country. While mine owners grew wealthier, safety and sanitary conditions remained abysmal. Miners were paid notoriously low wages in a company currency called ‘coal scrip’— which could only be used at company stores. Companies also compelled workers to sign a pledge not to organize known as a “yellow dog contract.”

Much like today, corrupt politicians supported the coal companies and protected their wealthy owners. As a result, laborers turned to unions and began striking for better working conditions and wages.

The United Mine Workers of America:

With the booming rush for coal in the industrial age also came movements to protect workers’ rights. By 1865 historians estimate the country’s largest miner’s union [The American Miners Association] had over 20,000 members. Although the AMA ceased operations, workers continued their attempts to organize and later established the United Mine Workers of America (UMW or UMWA). Founded in Columbus Ohio in 1890, the UMW sought to improve miners’ independence from coal companies and increase worker safety by providing miners with the opportunity to collectively bargain with their employers.

Coal companies responded to miners unionizing through the use of violence and intimidation. They turned to private organizations known as “union busters” who harassed and assaulted laborers trying to unionize their workforce. Miners who tried to organize were often fired, beaten, or arrested for engaging in union activity.

For the men who worked in the darkness of the mines—many of whom had fought in World War I—a fuse was lit that would ignite a war in the heart of Appalachia.

The Baldwin-Felts Agency would later go on to play a prominent role in the Ludlow Massacre of 1914—which resulted in the deaths of over a dozen striking miners and their families.

In April of 1914, anti-striker militia fired upon the wives and children of UMWA members fighting for the right to organize. 11 women and children were killed in this massacre. We must never forget the sacrifices made to ensure our right for representation. #NeverForgetLudlow pic.twitter.com/CjmIjgq4ce

The Battle of Matewan:

Tensions between the miners and coal companies eventually came to a head on May 19th, 1920. Matewan Sheriff Sid Hatfield and Mayor Cabell Testerman confronted a group of agents from the Baldwin-Felts detective agency—who had been hired by the Stone Mountain Coal company— to evict a group of striking miners from company housing.

When Sheriff Hatfield and Mayor Testerman stepped in to defend the miners Testerman was shot and a hail of gunfire ensued. As the dust settled, Mayor Testerman, 2 miners, and 7 detectives lay dead… America’s coal wars had officially begun.

In response to the massacre martial law was declared in the county, and the governor sent over 1,000 special police officers to arrest men for participating in union activity.  The massacre also galvanized support for the UMW and helped miners organize an army of 10,000 men for their cause. Over the next several months, striking miners and company supporters engaged in numerous “guerilla warfare” style firefights.

Following the Matewan massacre, Sheriff Hatfield was celebrated as a hero by the mining community. Although his actions were broadly supported, they also made him a target for the Baldwin-Felts detectives who sought revenge. Hatfield was subsequently charged with conspiracy for his involvement in the massacre and forced to stand trial.

On August 1st, 1921 Sheriff Hatfield was acquitted of the conspiracy charge though, sadly, his victory would be short lived. While leaving the courthouse [following his acquittal] Hatfield was gunned down by Baldwin-Felts detectives further escalating the bloody conflict. None of the detectives were ever convicted for Hatfield’s assassination.

The Battle of Blair Mountain:

Sheriff Hatfield’s assassination outraged the miners, “The only way to get your rights is with a high-powered rifle” organizer Frank Keeney reportedly claimed. The miners began a siege against the coal company, in what later became known as the “Battle of Blair Hill.” On August 28th, 1921 10,000 miners began trading gunfire with Baldwin-Felts detectives and state police officers. The miners donned red handkerchiefs and soon became known as the “redneck army”.

Coal companies responded by hiring planes to drop homemade chemical and shrapnel bombs on the miners. The battle raged for 5 days until President Warren Harding deployed 2,100 troops, and the Army Air Service to restore order. It is believed that as many as 100 casualties were reported during the fighting. Members of the redneck army were later indicted for treason, though, most were never convicted.

Although the battle had ended, America’s coal wars were far from over. Despite significant declines in union membership, clashes between miners and coal company enforcers continued for over a decade. It wasn’t until the Federal Government passed the New Deal and the National Industrial Recovery act—to protect worker’s rights—that fighting in West Virginia finally began to subside.

As workers across the country continue to rise up in support of better pay and basic human rights, Americans would be wise to learn from those who fought a century ago.