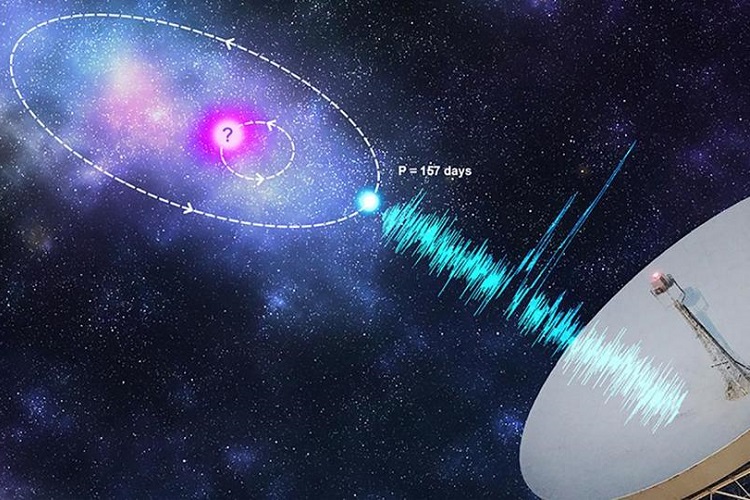 A team of scientists headed by Shivani Bhandari, an astronomer with the Commonwealth Scientific and Industrial Research Organization (CSIRO), Australia’s federal agency responsible for scientific research, has made a breakthrough discovery by pinpointing the precise location of four fast radio bursts (FRBs).

FRBs are very mysterious bursts of radio waves coming from somewhere in the universe. The average pulse ranges for a few milliseconds, caused by high-energy sources, which are not entirely understood.

Bhandari’s new research, published on June 1 in The Astrophysical Journal Letters, reveals that four FRBs came from massive galaxies forming new stars. They said FRBs originated not from the center of galaxies, but rather from the outer edges.

“These precisely localized fast radio bursts came from the outskirts of their home galaxies, removing the possibility that they have anything to do with supermassive black holes,” said Bhandari.

Bhandari said, “This first detailed study of the galaxies that host fast radio bursts rules out several of the more extreme theories put forward to explain their origins, getting us closer to knowing their true nature.”

Co-author of the study, CSIRO Professor Elaine Sadler said FRBs could not have come from a superluminous stellar explosion or cosmic strings.

“Models such as mergers of compact objects like white dwarfs or neutron stars, or flares from magnetars created by such mergers, are still looking good,” Sadler said.

“Positioning the sources of fast radio bursts is a huge technical achievement and moves the field on enormously. We may not yet be clear exactly what is going on, but now, at last, options are being ruled out. This is a highly significant paper, thoroughly researched, and well written,” said Burnell.

According to another paper (dated February 3) by a team of astrophysicists in Canada, a “mystery radio signal” was recorded as repeating based on a clearly discernible pattern. “The discovery of a 16.35-day periodicity in a repeating FRB source is an important clue to the nature of this object,” the team said. A summary of some of the key findings are as follows:

“Between September 16, 2018 and October 30, 2019,  detected a pattern in bursts occurring every 16.35 days. Over the course of four days, the signal would release a burst or two each hour. Then, it would go silent for another 12 days.

Both findings suggest astronomers are one step closer to understanding the source of these mysterious radio signals coming from deep within the universe. Could this mean we’re not alone?