What is Real Beyond What is ‘Real’

“Wake from reality, wake from your dream…”

Reality. It certainly is a subjective, seemingly flexible and very elusive element of human existence.

With all the structures, formats, programs, conditions, laws, rules and boundaries our society aggressively imposes to implement, arrest (pun intended) and almost religiously uphold and proliferate “order,” it is amazing to me how we have everything but. In an (n)everchanging and, most would acknowledge if they were being honest, declining world, any rational and logical person would identify that nothing is rarely what it seems. The more “real” we are with our observations, the more we are able to see “reality” for what it really is, an elaborate hoax, an illusion, a grand distraction, perhaps one of the greatest lies ever manufactured by human conception.

Upon first considering and becoming aware of this burgeoning truth, we may struggle through a great number of states of being. We may experience anxiety, hopelessness, helplessness, disbelief, disinterest, anger, frustration, upset, disappointment, confusion and collusion. We may find ourselves in a state of wrestling with two or more different beliefs in the presence of new ideologies, methodologies, perceptions, conceptions and understandings. It is in this new space of awareness, however difficult, challenging, excruciating, astounding or confronting it may be, when we are able to embrace a “new” vision beyond reality. A revelation in which we acknowledge one of the ultimate truths, there is no reality.

“…wake from the fear, that is tearing at the seems… of the world….”

“Reality,” as we are led and conditioned to accept and by which to abide, is an exquisite design constructed for the many by a small group of people around the world. People whom have the ways and means, time, arrogance, egotism, audacity, indifference, agenda, organization and false vision to manipulate, control, influence and, in numerous ways, incarcerate the many for the benefit of the few. It’s mind blowing to see how “few” these people are, and how many their “reality” has imprisoned.

As you are reading this, you may begin to formulate an observation that what I am writing about in this paragraph could be termed as a “conspiracy theory.” In this “reality,” it is. Though, the term “conspiracy theory” was cleverly invented by the very organization of people who constructed “reality” to debunk and discredit anyone who chose to have the courage, fortitude and intention enough to question the relentless and ominous authority of reality. Yet, distinct from “reality,” there is a truth that is growing stronger and becoming more popular and evident with each minute that ticks off of the illusory clock we have been programmed to accept as “time.” For “time” is one of the greatest illusions that “reality” uses to control and corral all whom fall prey to its insistent mechanics, gradually leading to the greatest fear initiated upon humanity, the persistent anxiety of death. 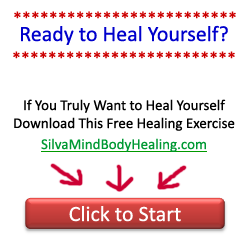 Yet, however omnipresent, all-powerful, ever-invasive and constant reality may “appear,” remembering nothing is rarely ever what it seems, this tapestry of illusion is built upon a foundation of one thing, fear.  It is this “dis-ease” of the “few” whom govern over the “many” that generates the very fear that fuels “reality.” Our freedom from reality is terrifying to this organization of people. Simply because we would no longer be enabling it to exist by surrendering our personal power through our agreement with it. We are no longer consenting to it with our false belief, apathy, disinterest and acquiescence. The illusion that reality is would cease to exist. In a way, those who are propagating “reality” are as much prisoners of their own design as those whom they target. They will never be free either. Freedom from reality is a liberty that is simply not available or afforded to us by “reality.” It never has and it never will. If we are not choosing to stand for, intend, create or cause our life, it will never be. Our life will just be a product of reality. The promise of fulfillment never achieved.

On a daily basis, we all have had moments diverse from reality, whether it is when we are sleeping, reading a book, watching a movie, making love, meditating, praying, exercising, hiking, having profound conversations with others or learning something new. When we wake up in the morning we are “fresh,” “new,” and in a way “reborn” from what we were yesterday. This is our best opportunity to break from the spell of reality. Before we begin to re-connect with our fixed thought patterns, emotional dramas and instinctual behaviors influenced and impacted upon through this common reality and carried by us like old and worn suitcases. We have a choice to create and apply an extraordinary vision to our lives distinct from the popular and imposed reality. This is our truth. We have the freedom to live outside of “reality” in our pursuit to sustain and express our truth, whatever we inspire it to be. Though it requires from and of us everything we are in everything we do with whomever we are related in everyday or our lives.

To many, this may seem an overwhelming task. The very notion of expressing our choice of will, intention and truth in everyday of our lives in everything we do may appear ultimately impossible, and downright terrifying. But it is not.  It only “seems” impossible and frightening because our faith, our hopes, our dreams, our goals, our purpose and our destiny have been confined to a finite, physical existence we experience as “reality.” We are infinite expressions of energy and consciousness. We are multi-dimensional, universal beings. We are all gateways through which the creation of all that exists flows. We are all connected to all that is and to every living being both on and beyond this world.

It begins by refusing the programming, rejecting the conditions, withdrawing our attention and compliance, removing our investment in “reality” through our acquiescence and participation, releasing our personal attachments, identifying and dismantling our insecurities and transforming our lives from being “realistic” to being “truthful.” Once we willfully choose to practice this personal transformation daily, we begin to disconnect from the invisible chains of reality and see it for what it really is. A ruthless, malevolent vortex that feeds off the energy of our fear, claiming our lifeforce until the “time” in our life expires.

Reality is easy to transcend when we “real”-ize that reality is an illusion and truth is all there is. And the greatest of truth will always be our love. Yet, it requires us to claim and establish our truth and sacrifice the only thing that keeps us imprisoned from ourselves.

“Dismantling reality with one truth at a time.”

Iam Saums has been a professional musical artist for over 20 years, releasing 4 CDs and hundreds of performances.  He is currently working on his 5th CD, “Phoenix” due to be released Spring, 2014.  Iam has also written a great deal of poetry, short stories and recently has been inspired to write articles infused by consciousness, awareness, belonging and being.