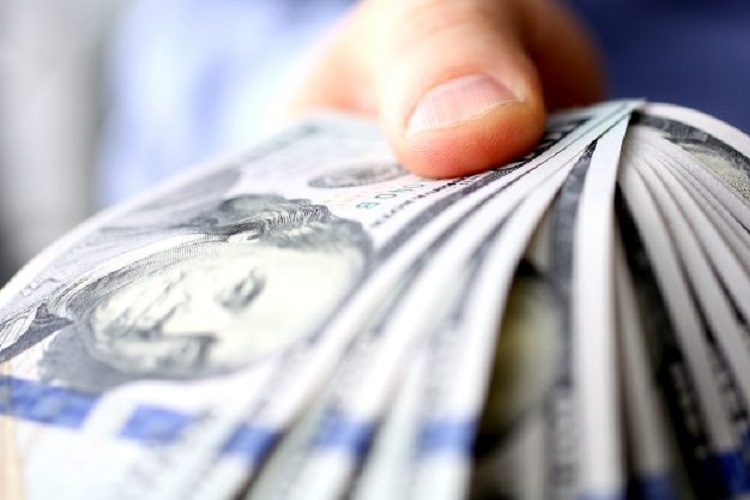 April 16 was a big day for Moderna, a Massachusetts biotech company on the verge of becoming a frontrunner in the U.S. government’s race for a coronavirus vaccine. It had received roughly half a billion dollars in federal funding to develop a COVID shot that might be used on millions of Americans.

Thirteen days after the massive infusion of federal cash — which triggered a jump in the company’s stock price — Moncef Slaoui, a Moderna board member and longtime drug industry executive, was awarded options to buy 18,270 shares in the company, according to U.S. Securities and Exchange Commission (SEC) filings. The award added to 137,168 options he’d accumulated since 2018, the filings show.

It wouldn’t be long before President Donald Trump announced Slaoui as the top scientific adviser for the government’s $12 billion Operation Warp Speed program to rush COVID vaccines to market. In his Rose Garden speech on May 15, Trump lauded Slaoui as “one of the most respected men in the world” on vaccines.

The Trump administration relied on an unusual maneuver that allowed executives to keep investments in drug companies that would benefit from the government’s pandemic efforts: They were brought on as contractors, doing an end run around federal conflict-of-interest regulations in place for employees. That has led to huge potential payouts — some already realized, according to a Kaiser Health News (KHN) analysis of SEC filings and other government documents.

“With those kinds of conflicts of interest, we don’t know if these vaccines are being developed based on merit,” said Craig Holman, a lobbyist for Public Citizen, a liberal consumer advocacy group.

An HHS spokesperson said the advisers are in compliance with the relevant federal ethical standards for contractors.

These investments in the pharmaceutical industry are emblematic of a broader trend in which a small group with the specialized expertise needed to inform an effective government response to the pandemic have financial stakes in companies that stand to benefit from the government response.

Slaoui maintained he was not in discussions with the federal government about a role when his latest batch of Moderna stock options was awarded, telling KHN he met with HHS Secretary Alex Azar and was offered the position for the first time May 6. The stock options awarded in late April were canceled as a result of his departure from the Moderna board in May, he said. According to the KHN analysis of his holdings, the options would have been worth more than $330,000 on May 14.

HHS declined to confirm that timeline.

The fate of Operation Warp Speed after President-elect Joe Biden takes office is an open question. While Democrats in Congress have pursued investigations into Warp Speed advisers and the contracting process under which they were hired, Biden hasn’t publicly spoken about the program or its senior leaders. Spokespeople for the transition didn’t respond to a request for comment.

The four HHS advisers were brought on through a National Institutes of Health contract with consulting firm Advanced Decision Vectors, so far worth $1.4 million, to provide expertise on the development and production of vaccines, therapies and other COVID products, according to the federal government’s contracts database.

Slaoui’s appointment in particular has rankled Democrats and organizations like Public Citizen. They say he has too much authority to be classified as a consultant. “It is inevitable that the position he is put in as co-chair of Operation Warp Speed makes him a government employee,” Holman said.

The incoming administration may have a window to change the terms under which Slaoui was hired before his contract ends in March. Yet making big changes to Operation Warp Speed could disrupt one of the largest vaccination efforts in history while the American public anxiously awaits deliverance from the pandemic, which is breaking daily records for new infections. Warp Speed has set out to buy and distribute 300 million doses of a COVID vaccine, the first ones by year’s end.

“By the end of December we expect to have about 40 million doses of these two vaccines available for distribution,” Azar said Nov. 18, referring to front-runner vaccines from Pfizer and Moderna.

Azar maintained that Warp Speed would continue seamlessly even with a “change in leadership.” “In the event of a transition, there’s really just total continuity that would occur,” the secretary said.

Pfizer, which didn’t receive federal funds for research but secured the multibillion-dollar contract under Warp Speed, on Nov. 20 sought emergency authorization from the FDA; Moderna announced on Monday it would do so. In total, Moderna received nearly $1 billion in federal funds for development and a $1.5 billion contract with HHS for 100 million doses.

While it’s impossible to peg the precise value of Slaoui’s Moderna holdings without records of the sale transactions, KHN estimated their worth by evaluating the company’s share prices on the dates he received the options and the stock’s price on several key dates — including May 14, the day before his Warp Speed position was announced, and May 20.

However, the timing of Slaoui’s divestment of his Moderna shares — five days after he resigned from the company’s board — meant he did not have to file disclosures with the SEC confirming the sale, even though he was privy to insider information when he received the stock options, experts in securities law said. That weakness in securities law, according to good-governance experts, deprives the public of an independent source of information about the sale of Slaoui’s stake in the company.

“You would think there would be kind of a one-year continuing obligation [to disclose the sale] or something like that,” said Douglas Chia, president of Soundboard Governance and an expert on corporate governance issues. “But there’s not.”

HHS declined to provide documentation confirming that Slaoui sold his Moderna holdings. His investments in London-based GlaxoSmithKline — which is developing a vaccine with French drugmaker Sanofi and received $2.1 billion from the U.S. government — will be used for his retirement, Slaoui has said.

“I have always held myself to the highest ethical standards, and that has not changed upon my assumption of this role,” Slaoui said in a statement released by HHS. “HHS career ethics officers have determined my contractor status, divestitures and resignations have put me in compliance with the department’s robust ethical standards.”

Moderna, in an earlier statement to CNBC, said Slaoui divested “all of his equity interest in Moderna so that there is no conflict of interest” in his new role. However, the conflict-of-interest standards for Slaoui and other Warp Speed advisers are less stringent than those for federal employees, who are required to give up investments that would pose a conflict of interest. For instance, if Slaoui had been brought on as an employee, his stake from a long career at GlaxoSmithKline would be targeted for divestment.

Instead, Slaoui has committed to donating certain GlaxoSmithKline financial gains to the National Institutes of Health.

Offering Warp Speed advisers contracts might have been the most expedient course in a crisis.

“As the universe of potential qualified candidates to advise the federal government’s efforts to produce a COVID-19 vaccine is very small, it is virtually impossible to find experienced and qualified individuals who have no financial interests in corporations that produce vaccines, therapeutics, and other lifesaving goods and services,” Sarah Arbes, HHS’ assistant secretary for legislation and a Trump appointee, wrote in September to Rep. James Clyburn (D-S.C.), who leads a House oversight panel on the coronavirus response.

That includes multiple drug industry veterans working as HHS advisers, an academic who’s overseeing the safety of multiple COVID vaccines in clinical trials and sits on the board of Gilead Sciences, and even former government officials who divested stocks while they were federal employees but have since joined drug company boards.

Dr. Scott Gottlieb and Dr. Mark McClellan, former FDA commissioners, have been visible figures informally advising the federal response. Each sits on the board of a COVID vaccine developer.

After leaving the FDA in 2019, Gottlieb joined Pfizer’s board and has bought 4,000 of its shares, at the time worth more than $141,000, according to SEC filings. As of April, he had additional stock units worth nearly $352,000 that will be cashed out should he leave the board, according to corporate filings. As a board member, Gottlieb is required to own a certain number of Pfizer shares.

McClellan has been on Johnson & Johnson’s board since 2013 and earned $1.2 million in shares under a deferred-compensation arrangement, corporate filings show.

The two also receive thousands of dollars in cash fees annually as board members. Gottlieb and McClellan frequently disclose their corporate affiliations, but not always. Their Sept. 13 Wall Street Journal op-ed on how the FDA could grant emergency authorization of a vaccine identified their FDA roles and said they were on the boards of companies developing COVID vaccines but failed to name Pfizer and Johnson & Johnson. Both companies would benefit financially from such a move by the FDA.

“It isn’t a lower standard for FDA approval,” they wrote in the piece. “It’s a more tailored, flexible standard that helps protect those who need it most while developing the evidence needed to make the public confident about getting a Covid-19 vaccine.”

About the inconsistency, Gottlieb wrote in an email to KHN: “My affiliation to Pfizer is widely, prominently, and specifically disclosed in dozens of articles and television appearances, on my Twitter profile, and in many other places. I mention it routinely when I discuss Covid vaccines and I am proud of my affiliation to the company.”

A spokesperson for the Duke-Margolis Center for Health Policy, which McClellan founded, noted that other Wall Street Journal op-eds cited his Johnson & Johnson role and that his affiliations are mentioned elsewhere. “Mark has consistently informed the WSJ about his board service with Johnson & Johnson, as well as other organizations,” Patricia Shea Green said.

Johnson & Johnson’s vaccine is in phase 3 clinical trials and could be available in early 2021.

Still, while they worked for the FDA, Gottlieb and McClellan were subject to federal restrictions on investments and protections against conflicts of interest that aren’t in place for Warp Speed advisers.

According to the financial disclosure statements they signed with HHS, the advisers are required to donate certain stock profits to the NIH — but can do so after the stockholder dies. They can keep investments in drug companies, and the restrictions don’t apply to stock options, which give executives the right to buy company shares in the future.

“This is a poorly drafted agreement,” said Jacob Frenkel, an attorney at Dickinson Wright and former SEC lawyer, referring to the conflict-of-interest statement included in the NIH contract with Advanced Decision Vectors, the Warp Speed advisers’ employing consulting firm. He said documents could have been “tighter and clearer in many respects,” including prohibiting the advisers from exercising their options to buy shares while they are contractors.

De Notaristefani stepped down as Teva’s executive vice president of global operations in October 2019, but according to corporate filings he would remain with the company until the end of June 2020 in order to “ensure an orderly transition.” He’s been working with Warp Speed since at least May overseeing manufacturing, according to an HHS spokesperson.

When Erhardt left Pfizer in May, U.S. COVID infections were climbing and the company was beginning vaccine clinical trials. Erhardt and Harrigan, whose LinkedIn profile says she left Pfizer in 2010, have worked as drug industry consultants.

“Ultimately, conflicts of interest in ethics turn on the mindset behavior of the responsible persons,” said Frenkel, the former SEC attorney. “The public wants to know that it can rely on the effectiveness of the therapeutic or diagnostic product without wondering if a recommendation or decision was motivated for even the slightest reason other than product effectiveness and public interest.”

Rachana Pradhan, correspondent, reports on a broad array of national health policy decisions and their effect on everyday Americans. She came to KHN from Politico, where for five years she covered health care policy and politics on national and state levels.